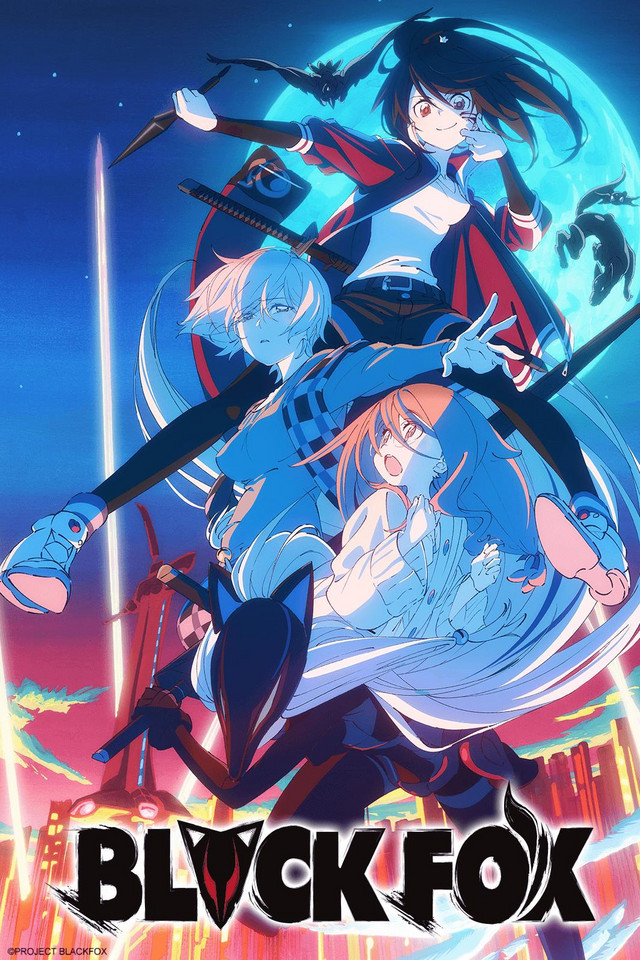 At first I thought this was going to be a new fall series, but Black Fox is an anime film. It blends the past, present, and future of Japan’s history.

The main character, Rikka Isurugi, is the daughter of a scientist, Allen, who created animal robots to be helpers and companions to people. But the company that he used to work for wanted them for so much more: militarized weapons.

When the movie starts up, Rikka is playing a game with her grandfather, Hyoei. The Isurugi’s come from a clan of ninjas and Rikka’s grandfather trains her in ninjutsu to carry on the Isurugi name. Rikka on the other-hand, wants to be like her scientist father.

Sixteen years on her birthday, Rikka heads home where her party awaits. The celebration is halted when military men storm the house and attempt to kill her father and grandfather. Rikka arrives ans sees the damage and blood scattered around the room. She finds her father in his lab in the underground basement structure bleeding from his wounds. The military men soon arrive and try to finish them off, but her grandfather steps in killing some men but also getting shot in the process. Allen activates the animal robots to escape with Rikka, leaving Allen and Hyoei to die protecting her. Once at a safe house that Allen used for emergency storage, Rikka donned her grandfathers black fox mask and swears revenge on the people that killed her family.

The film only reveals characters or the scenes only if it is important to move the story forward, but as well as tie it to the central plot of the film. It is a revenge story but like most typical anime and even live action films, the main character realizes that revenge may not be the only answer.

The ending does make me wonder if there will be any future prospects for this story, but only time will tell. As for a 90-minute film, I definitely think it is worth checking out.

Thanks for reading. The review is shorter than my other ones, but I am trying something new so that I may be able to put out more posts than just one a week. Let me know what you think.