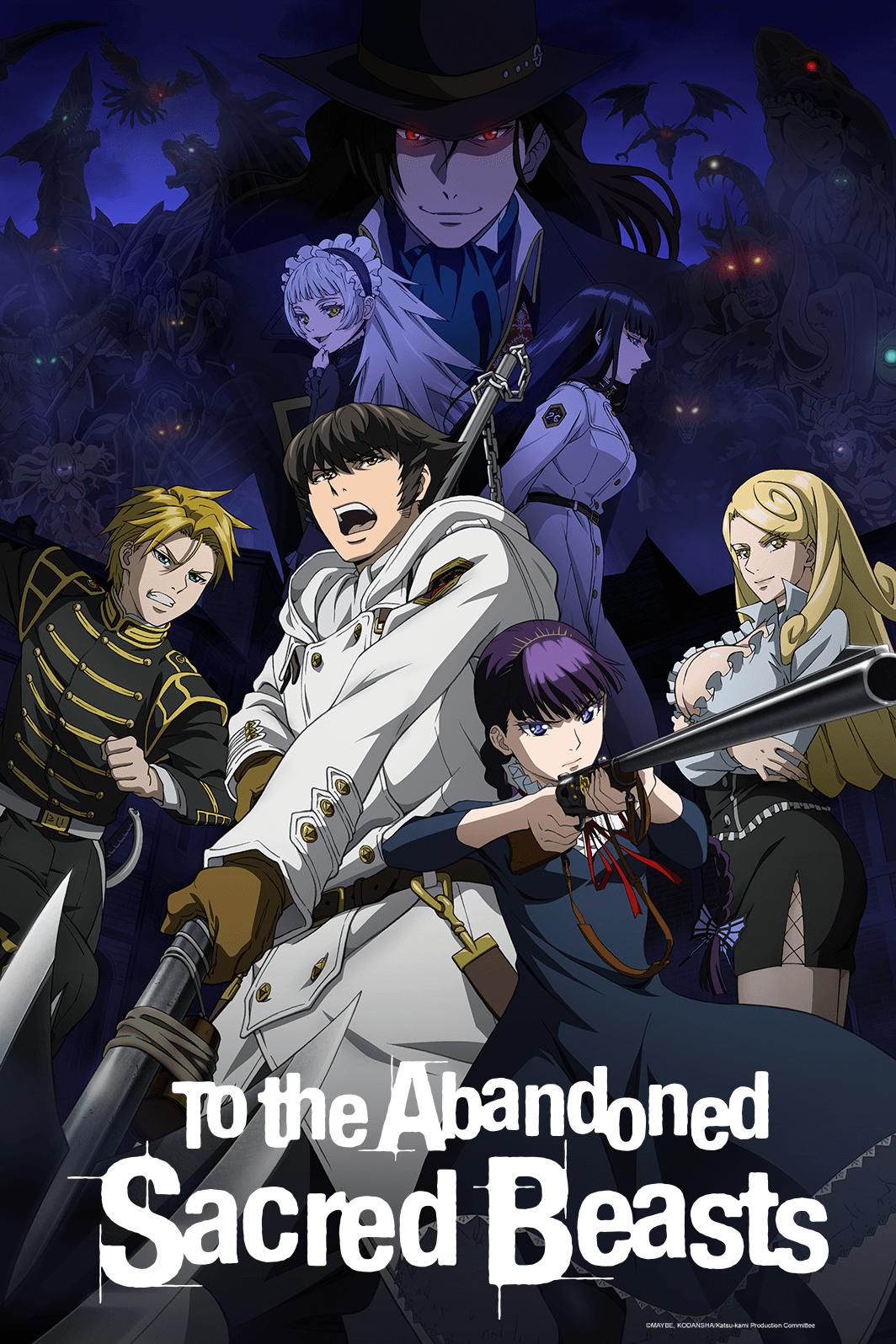 The Hound of Hell’s Gate

The episode starts off exactly where the post-credits left off. Hank is walking in the snow of the mountains. He is exhausted to the point where he collapses in the snow. There in the snow he has a nightmare about all of his comrades that he had killed. As he woke up, he continued on telling himself that he must fulfill his oath. He finally get a more concrete affect of the personal struggle that he is going through.

As Hank continues on he hears a roar of a beast in the distant. The beast charges toward Hank knocking him to the ground with just the force of its stride. The beast, the werewolf-like creature that was tracking him from last episode has finally caught up to him. Hank tries to fight back, but due to his exhaustion cannot fight back at full strength and is overpowered by the beast. The beast bites down on Hank’s shoulder and tosses him away. Hank stares at the beast remembering who he once was, a man named Roy. The beast asks Hank why he continues to decline Cain’s invitation to join, but Hank refuses to answer him. He continues to tell Hank that if he doesn’t comply, he is to be killed. The only thing Hank can do is retreat. So, he uses the explosive that he has on his spear to throw in front of the beast and uses the explosion to escape.

Shifting scenes, Schaal, Liza, Claude, and his army are traversing the snow to locate Hank. Schaal is definitely weary of Claude from his remarks of wanting to find Hank and kill him. Claude is driven on hatred of the Incarnates, while Schaal is driven on understanding them.

Meanwhile, Hank is trying to recover when the beast yells at him that hank cannot hide from him. The beast can track hank by smell and quickly finds him. Hank comes up with a plan: distract him and open his guard by throwing his knife at him and then shooting him between the chest at his heart. Unfortunately for Hank, he misses the shot and shoots too much to the left. The beast, however, manages to cut Hank with its claws. hank lays on the ground presumably unconscious. As the sun rises, the beast comments that he won’t end Hank like that and will remind Hank of what he truly is.

Back with the army, they are taking a temporary break. Claude wants to press on but his second tells him that there is fort up ahead where they could all rest. Claude refuses and presses on, but after a few steps he collapses from a high fever.

Now at the fort, Claude is resting in a bed with Schaal taking care of him. When he awakes he asks Schaal how long he has been out, to which she tells him that it is currently evening. He scramble up but Schaal tries to hold him back for him to get more rest. He tells her that he must get going to find Hank. She informs him that his Gerald, his second, sent scouting parties in every direction to pick up Hank’s trail. Claude then questions Schaal that as she traveled with hank and saw all the destruction that Incarnates cause, how can she still gave sympathy towards them. Se tells him that with her own eyes she saw a connection between a human and an Incarnate living in peace together, and wants a future where humans and the Incarnates can live in peace together. Liza is standing just outside the door to the room, when Gerald comes rushing in asking for Claude. Gerald informs Claude that a scouting party has returned with word of Hank’s location. Claude immediately perks up and tells Gerald to form a strategy meeting.

Meanwhile, Hank regains consciousness to only find that the beast has been waiting for him to continue their fight.

At the strategy meeting, Claude tries to go over the plan but stumbles from his fever. Gerald steps in and tells Claude that he shall remain at the fort. Liza carries him off for him to get some rest, much to his objection. Gerald then tells Claude that he cannot shake off Liza then how is he going to face two Incarnates. Claude reluctantly agrees with Gerald, and Liza carries him off poking fun at him along the way. Schaal tells Gerald that she is going with him, with him telling her that it is going to be dangerous. She responds with, “I’m prepared.”

Continuing their fight from before, Hank is still being overpowered. hank is reluctant on using his Incarnate form for fear of losing control and transforming into his true destructive form. Any move that Hank tries to make, the beast counters by wounding Hank in some kind of way. As Hank is grabbed by his throat and lifted up, the beast mocks him for his human form, tells Hank that they are Incarnates, and that they should own this world. Hank tells the beast that he has lost all his pride as an Incarnate and is now only Cain’s pet dog. Of course that infuriates the beast and it then drives his claws into hanks chest. This pushes Hank past his breaking point and he transforms into his werewolf form, easily breaking free from the beasts hold and wounding the beast in the process. As Hank beats down on the beast over and over, blood flies everywhere around them. Eventually Hank comes to seeing all the blood, and the fear of his true form fills his head causing him to scream in terror.

The sound of his scream alerts the Schaal and the army who were close by. The ready themselves and rush toward the direction the scream came from.

Hank stops attacking and back off. The fear takes hold and Hank reverts back into his human form. The beast, angry that hank reverted back, grabs Hank by his head and starts to slam him repeatedly into the ground demanding him change back. Annoyed, he throws Hank toward a nearby chasm. Just as the beast was about to finish off Hank, the army arrived with their high tech gear equipped firing at the beast. The men are attacked by the beast by can out maneuver it. One of the men fires a cannon shot but misses, hitting the ground near Hank. The ground starts to crumble underneath Hank plunging Hank into the chasm below. With that, the episode ends.

This episode was probably one of the best of the series. The fight scenes were intense and extensive. Also, I can see a foreshadowing that Claude may in fact see Hank in a different light and wish to kill him. I guess we will just have to see.